Phillips' "Modern London," illustrated with numerous plates from 1804, now in my hands, has many excellent engravings of the very soul of the metropolis showing "the busy haunts of the inhabitants, whether for the gratification of ambition, avarice or pleasure and scenes which characterize the manners of the people."

--I was particularly interested in "the itinerant traders of London," including: --the baker of boiled apples
--the crier of band boxes (looking like Curious George)
--the mender of bellows (who also serves as a tinker)
--the purveyor of brick dust (used for knife cleaning) (who also is "remarkable for his training of bull dogs") (Mitchell Jones, where are you now?)
--the crier of playbills at the doors of London theaters, AT 1 PENNY THE BILL
--the purveyor of meat for cats and dogs at 2 pence a pound ("frequently as soon as one of these purveyors for cats and dogs arrives, she is surrounded by a crowd of animals, and were she not as vigilant, could scarcely avoid the depredations of the crowd”)
--the mender of chairs at 4 pence to 1 shilling for old coverings and 1 pound for new rush
--the crier of cherries
--the seller of doormats at 6 pennies to 80 pence each
--the carter of dust (the ashes sold for manure, the cinders for fuel, and the bones to the burning houses)
--the green pea sellers retailed from carts at  16 pence per peck
--the carrier of hair brooms (the profit on turnery being considerable and the consumption certain)
--the purveyor of hot loaves at one penny each, the knife grinder at 2 pence per pair, or pen knives 1 penny each, or table knives at 2 shillings (40 pence) a pair
--the crier of mackerel, allowed to sell on Sunday, at 26 cents a mackerel
--the carrier of milk at 4 or 5 pence a quart (cream 24 pence a pint)
--the seller of new potatoes at 1 1/2 pence a pound
--the sweeper of streets who for a half penny sweeps the rain or snow from in front of you
--the crier of rabbits at 14 pence each
--the Turk who sells slippers at 26 pence a pair, all colors and sizes
--the chimney sweep at 6 pennies a chimney who gets to keep the soot, used for manure, which is his real profit
--the seller of watercress at 1 pence a bunch (but some are very inferior to those grown in a natural state in a running brook)
--the seller of strawberries at 6 pence a quart, with 1 pence extra for the bottle (which if returned to the customer she abates or takes it again at the same price). 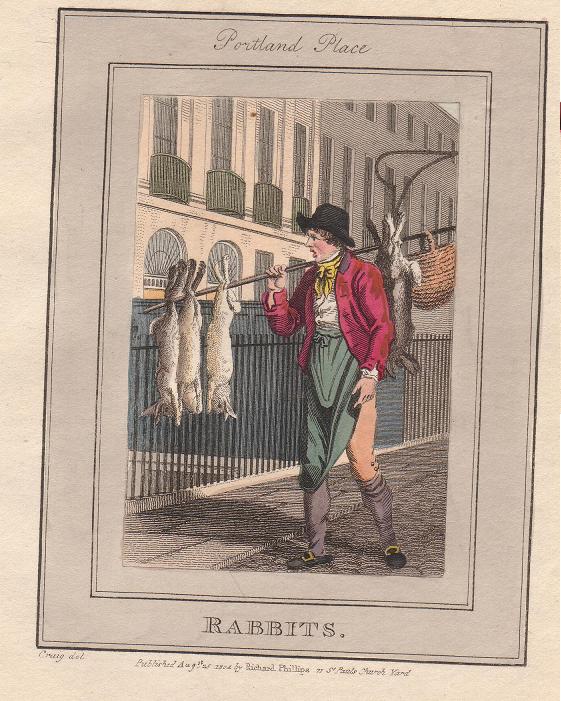 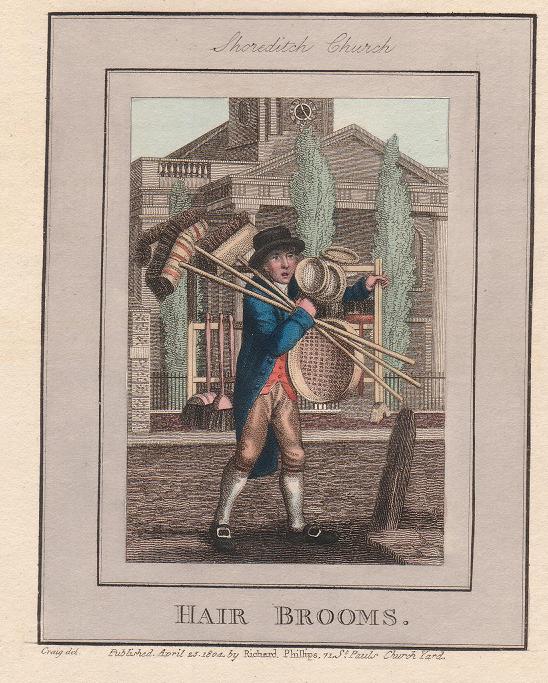 What struck me from all these curious and accurate illustrations was that the price of most commodities has not advanced much over the last two centuries. Indeed, a little study and counting, aided by Tooke's classic treatise "Thoughts and Details on the High and Low Prices" of 1823, shows that the price of a very representative basket of commodities has advanced some 1% a year over the past 200 years to 5 to 10 times its original price. This compares to a million-fold increase in the price of stocks over the same period.

Below are listed the year-end prices from Tooke's book for representative commodities in the food, energy, and industrial sectors, in 1800 and the present, with annual compounded rates over the past 205 years.

The data illustrate that Julian's Simon's point about the ever decreasing real price of commodities because of substitutes and more efficient methods of production is upheld by the last 205 years.

Brings to mind the factoid "in the 1850's more than three-quarters of America's millionaires lived in the region between Natchez, Mississippi, and New Orleans, their wealth based on vast plantations of sugar cane and cotton." Now, 150 years later, this commodity-producing region brings up the rear. Last weekend in New Orleans a Royal St shopkeeper asked me how my kids liked the local zoo, adding defensively, "we're a poor state, we just don't have the money some other cities do."